“WHAT A WONDERFUL CONNECTION TO ALL OUR HUMANITY” 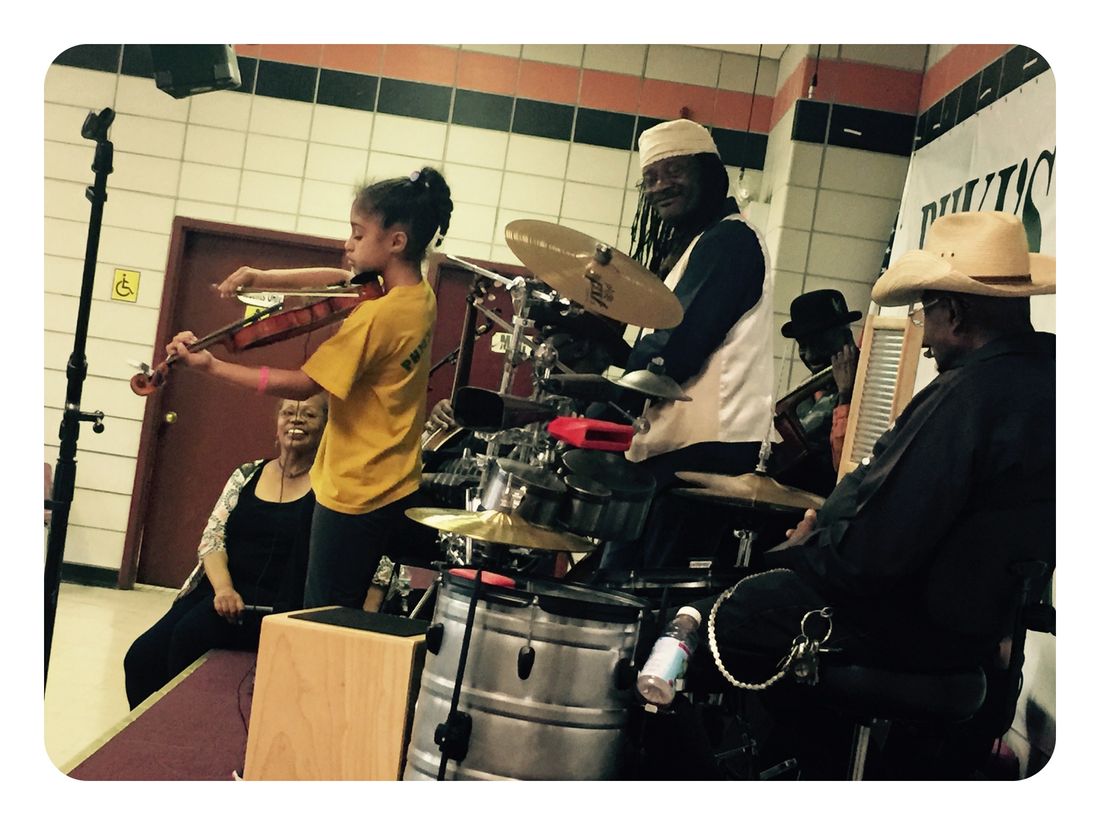 --THE EBONY HILLBILLIES, a NY-based African American string band visited PS 197 to teach kids about African influence on music and culture. Check out some of the music and moves our cameras caught when they met up with the performers and students at NYC's Town Hall Theater Sponsored by Con Edison - #BlackHistoryMonth

Click Here
THE EH KIDS PROGRAM
THE EBONY HILLBILLIES have been delighting audiences, educators and students of all ages with our unique combination of interactive storytelling and exciting musical performances. Join us while we introduce students to sounds that highlight an American legacy that has almost been forgotten. Grab your noisemakers and throw on your dancing shoes. Get ready to experience this powerful movement of culture through song and dance that will have your students learning, laughing and having fun!

THE EH HISTORY
THE EBONY HILLBILLIES are an institution on the streets of Manhattan and on numerous concert and festival stages worldwide.  They have performed extensively at esteemed venues like Carnegie Hall, Lincoln Center, Kennedy Center; on various TV networks, (BBC, Good Morning America, NBC, CBS, etc.); International Music Festivals, visual artist collaborations at Museums like the The Whitney with phenom Kara Walker,  the Smithsonian, any many more. Their performances have inspired artists like the grammy winning Carolina Chocolate Drops,  and garnered esteemed fans such as the legendary Pete Seeger family.

THE EDUCATION
African American string band music is a tradition that pre-dates audio recording, and was written about even before the Declaration of Independence was signed. These bands were an essential part of daily life throughout the 18th and 19th century as they played for pleasure, for church, for dances, and to relieve the enormous stresses of life on the plantation.  Why is this music so important?  Simply put - string band music laid the groundwork for mountain music, country music, and even the rhythms and melodies of contemporary pop. String Band music is the foundation for modern jazz and blues, and in fact the DNA of the entire American musical experience can be found in the string band genre.

String Band music also served as an early melting pot – perhaps the first in American history - for musical and creative integration of Africans, African-Americans, Native Americans with influences by Scottish, Irish and other European Immigrants. It's the sound of America and a significant factor in the birth of the pop century.  String band music offers a glimpse at the flesh and bones behind everything you hear on the radio today and everything you’ve ever danced to.

As one of the last African-American String Bands in the United States & the only one based in NYC, The Ebony Hillbillies are reviving a lost art form - an American legacy and the key element in the genesis of all American music.  They bring a fresh urgency to the genre for a 21st Century world in need of some deep musical education, creating an untamed and joyful vibe that echoes across the generations and transcends all musical, racial and cultural boundaries. The Ebony Hillbillies are a modern band that not only keeps the old traditions alive, but also makes them matter, both melodically and philosophically.

OUR GUIDING PRINCIPLES
All human experiences are in some way captured within notes and rhythm, instrument, lyric and silence.  Music bridges the boundaries of language, culture, race, ability and economics.  With this unique capacity to transcend these differences that otherwise divide us, music is the perfect vehicle for relaying information, challenging stereotypes, exploring new ideas and building unique and lasting learning experiences.

With this in mind, we introduce students to sounds that highlight an almost forgotten American culture, style and era. We begin by focusing on an instrument, song, style, etc. that captures the culture/moment in time. Through deeper exploration, students gain a sense of the human experience of that period through the eyes of the musicians that captured that moment in sound. This experience culminates with students sharing or showcasing what they have heard, experienced, and learned.

Students leave with enduring understandings about themselves, people, sound, the place of music in our culture and history, and begin to recognize how music informs and reflects our lives. JOIN US FOR THIS SPECTACULAR PROGRAM WHERE MUSIC AND HISTORY COLLIDE! 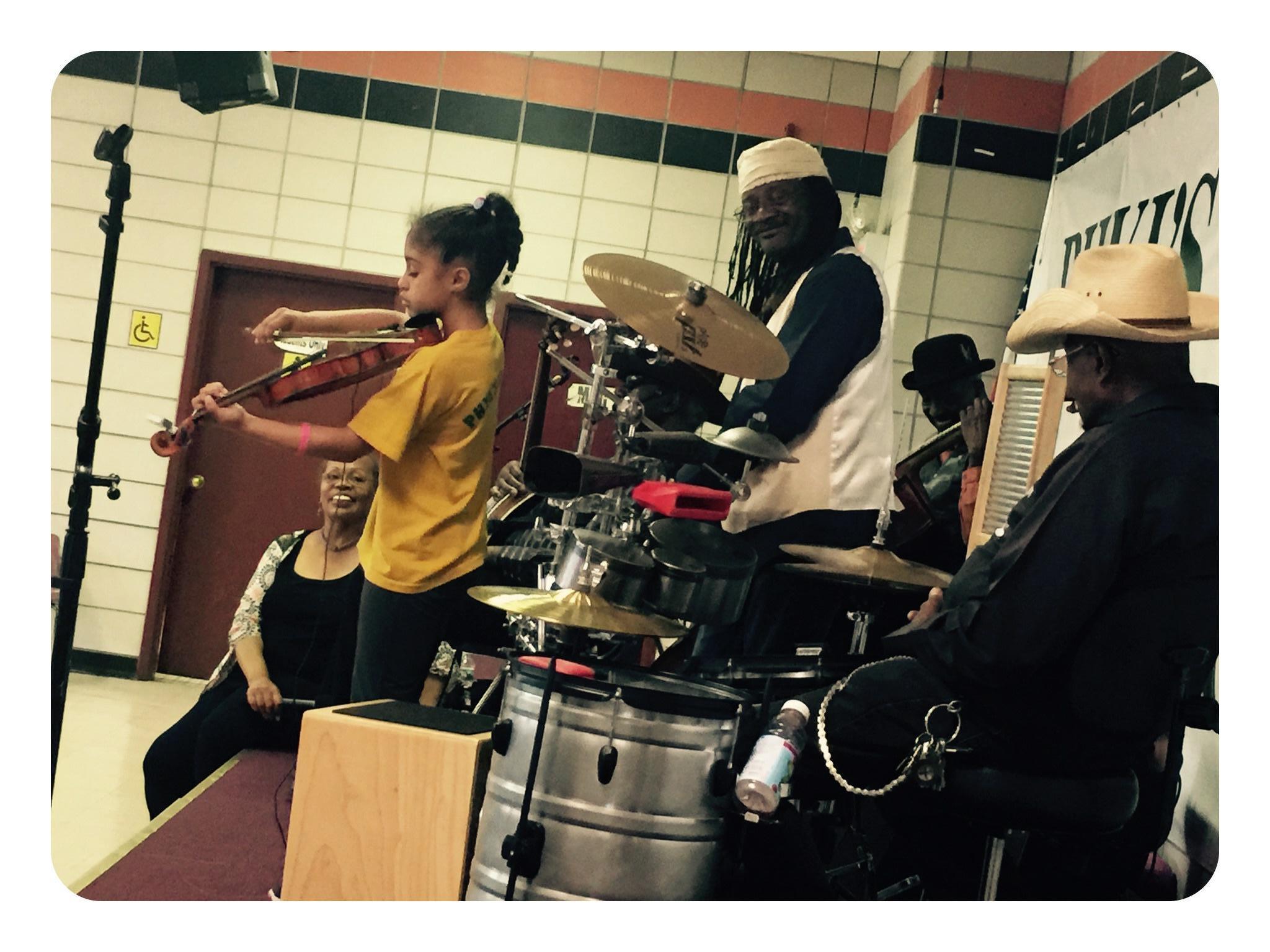 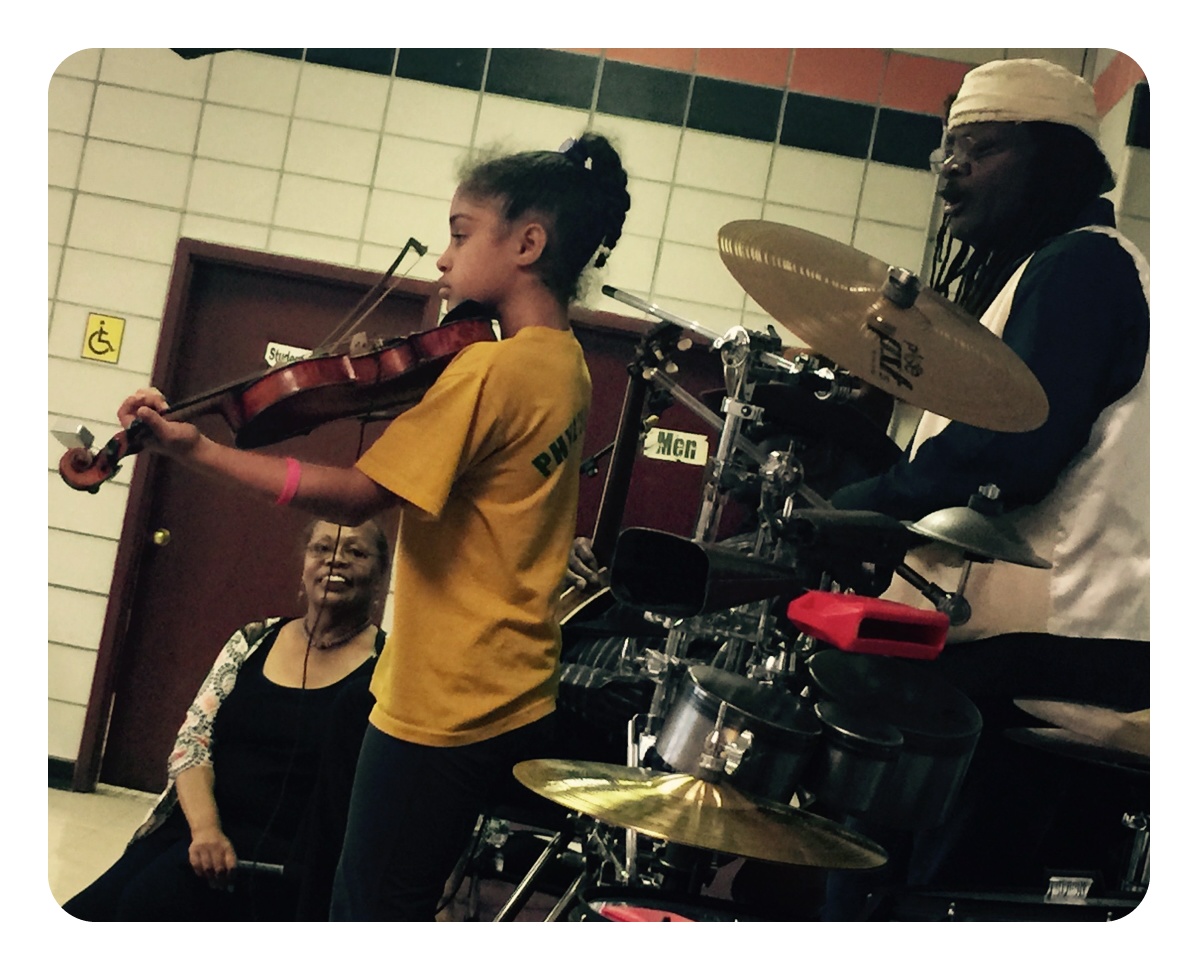 “THE KIDS HAD A BALL!!! THEY HAD SO MUCH FUN LEARNING!”

“THEY RECREATE THE MUSIC YOU WOULD HAVE HEARD IF YOU COULD TIME TRAVEL TO A COUNTRY DANCE IN MISSISSIPPI AROUND 1903.”


BOOK AN EH KIDS PROGRAM
Please Fill Out The Booking Request Form Below Or For Any Additional Info Contact Us Directly At EH4kids@gmail.com